I always feel inspired by discovering local talents. The sort of talent that still represents freedom, uniqueness and ones will to always stay true to their creative abilities. Sometimes with success we become constrained to deliver what we believe people want, the supply and demand trade. After all everyone has to survive. I once read an article that said ‘starve for your talent’. I don’t necessarily agree with this title, I believe it to be over exaggerated, however I understand the concept behind it. To me it means live tightly with money to work hard for your dream, this in fact is something that i did for approximately 8 years before my passion in shoes and developments in IT fashion came to life. You have to fight for your dream, almost neuter it until it grows to fruition. My mother once told me ‘to succeed dosen’t always mean you are the most talented, to succeed requires survival skills and determination’.

Local Artist ‘Tree of Life’. I absolutely adore the meaning behind the creation.

”A woman, especially if she has the misfortune of knowing anything, should hide it as well as she can” – Jane Austen.

In my opinion Jane Austen is one of the most inspirational women of all time leading the way for the next generation of female writers. Still today her novels  ‘Pride and Prejudice’, ‘Emma’ and ‘Northanger Abbey’ are some of the most popular novels of all time. Movies such as ‘Becoming Jane’ starring Anne Hathaway and James McEvoy, tell the untold story of her life to our generation, displaying her ideals, passion and perspective of the life she led.

Jane Austen existed at a time when female writers were very rare, her novels reflecting her perspective and outlook as she saw life. To her detriment, Jane was constantly scrutinised and insulted from certain circles in society, leaving her close relationships mostly with her family.  Marriage was an important factor in acceptance within society especially for women of her time; often financial considerations were of great significance in marriage alliances. As an author, Jane used to satirise these financial motivations, for example, in Pride and Prejudice the mother is ridiculed for her ambitions to marry her daughters for maximum financial remuneration.  Remaining single throughout her life, Jane appeared to have little interest in getting married, the total opposite of her characters within her novels.

Jane had some very strong support, that of the opposite sex. Walter Scott said of her writings:

“That young lady has a talent for describing the involvements of feelings and characters of ordinary life which is to me the most wonderful I ever met with.”

King George IV requested that one novel could be dedicated to him, in which Jane dedicated Emma to the King. Not all were favourable to Jane.

Some of my favourite Jane Austen quotes:

“Let other pens dwell on guilt and misery”

One man’s style must not be the rule of another’s”.

Where so many hours have been spent convincing myself that I am right, is there not some reason to fear I may be wrong”. 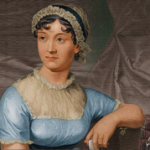 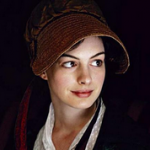