Jean Paul Gaultier is one of the greatest French Couturists and pret-a-porter fashion designers of our generation.  The National gallery of Victoria (Melbourne) is currently displaying 50 years of Jean Paul Gaultier designs. It is the only Australian venue for ‘The Fashion World of Jean Paul Gaultier: From the Sidewalk to the Catwalk’, featuring more than 140 superbly crafted designs, sketches, photographs and more. The exhibition is breathtaking, I was balled over at the creative displays and attention to detail. Mannequins had talking holograms of Jean Paul Gaultier projected onto their faces, talking of his journey, beliefs and how he envisages fashion. My favourite was seeing two mannequins both displaying Gaultier’s face talking between them. The conversation spoke of how fashion can be whatever you like, there are no rules, be you, be unique and that he does not define clothing with gender. Men and women can both wear articles of clothing that are the same. The level of intricacy and attention to detail displayed in the designs is amazing. Every inch has detailing utilising tulle, trims, heavy stitch defining design lines, sequence and more. Various themes were displayed in different rooms to project the vast difference between Jean Paul’s defining eras of design including pop punk culture. Areas were dark, alluring and elegant with single spotlights on designs.

Jean Paul never received any formal training, instead started his career by sending sketches to famous designers. Pierre Cardin, another renowned French couture stylist and designer was impressed with his creativity and immediately hired Jean Paul as his assistant.

His first collection was  released in 1776 impressing people with his creativity and mastery of tailoring. Jean Paul’s following collections displayed street wear, focusing on popular culture, whereas his haute couture collections appeared incredibly structured, formal, yet unusual and playful at the same time.

In 1985 he introduced man-skirts, as spoken in the exhibition he doesn’t believe in gender for clothing. He caused instant shock by using unconventional models for his exhibitions including full-figured women and pierced and heavily tattooed models. With this came heavy criticism and enormous popularity.

Soon after he produced sculptured costumes for Madonna, commencing with her infamous gold cone bra for her 1990 Blond Ambition Tour and designed her entire wardrobe for her Confessions Tour in 2006. More celebrities followed including Nicole Kidman, Beyonce, Kylie Minogue, Marion Cotillard and Leslie Cheung.

Jean Paul currently designs three collections including his personal couture and ready-to-wear lines for both men and women.

I highly recommend everyone and anyone to visit the exhibition, it is a fabulous, inspiring eye opener of art and fashion combined perfectly. 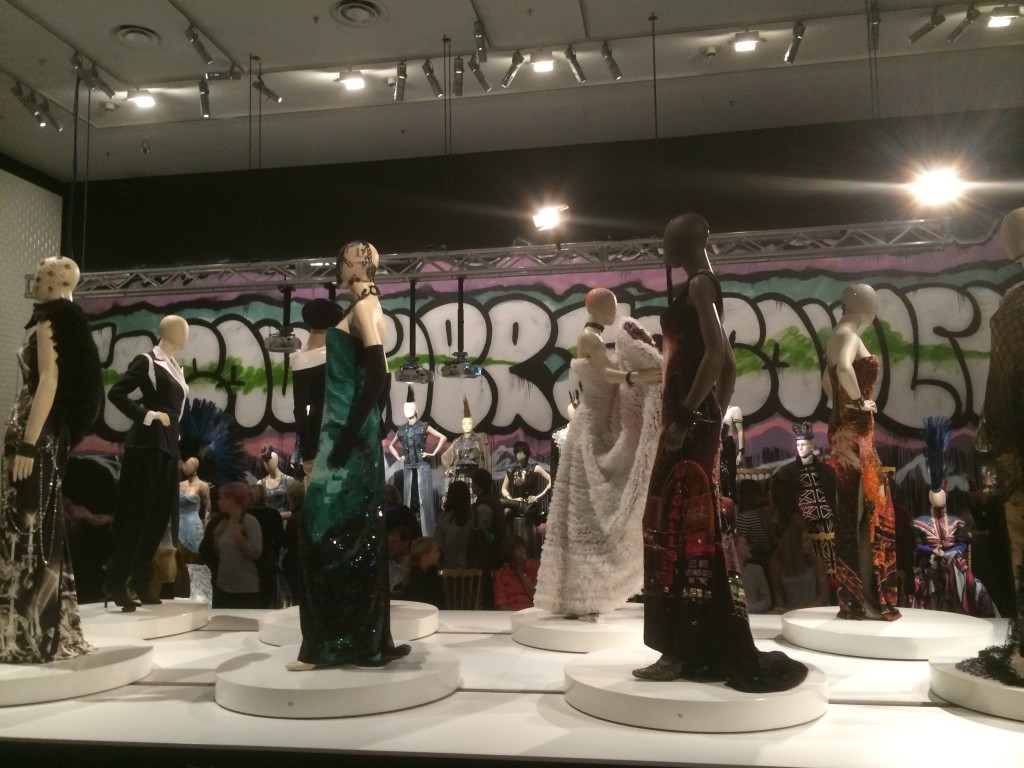 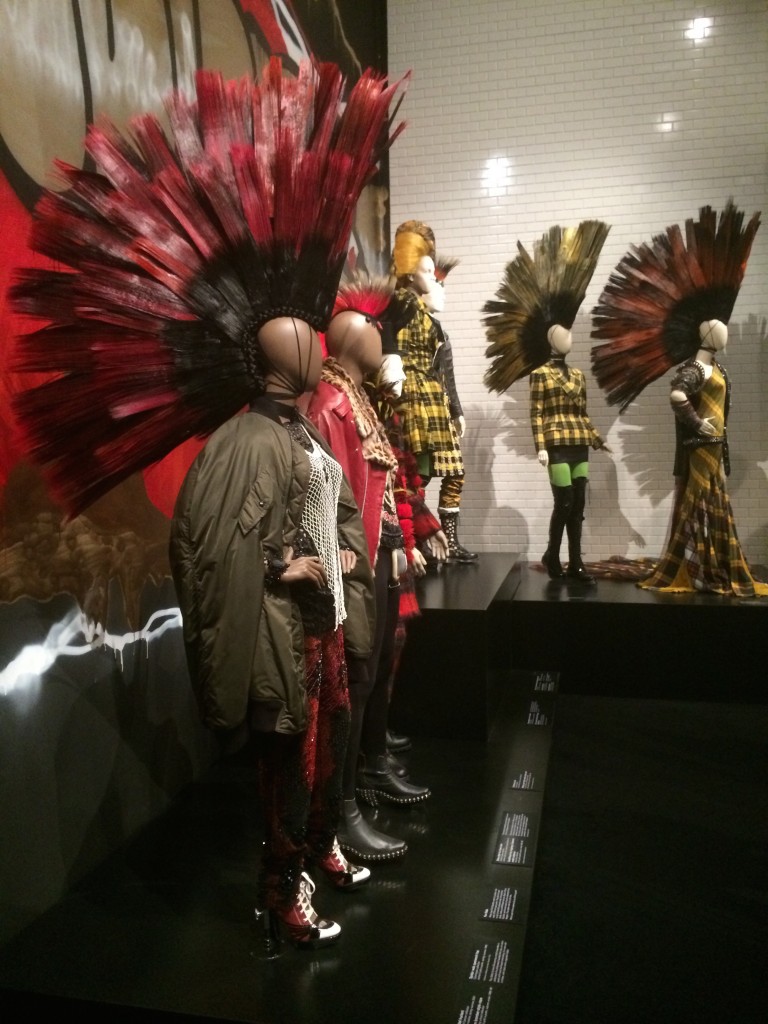 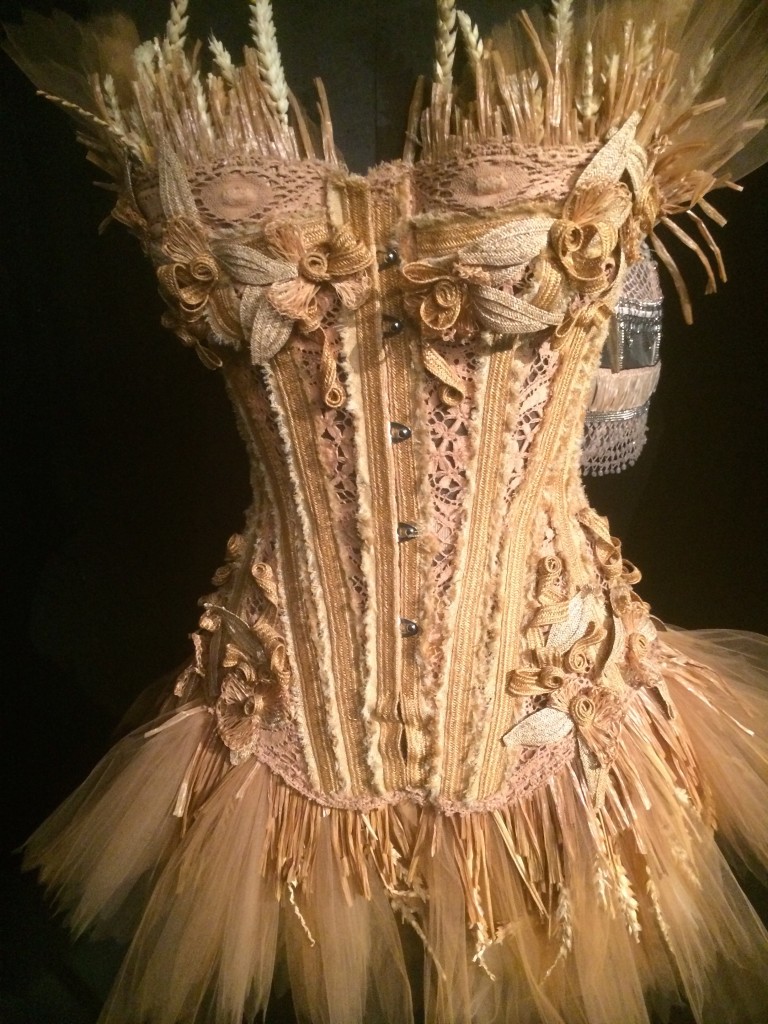 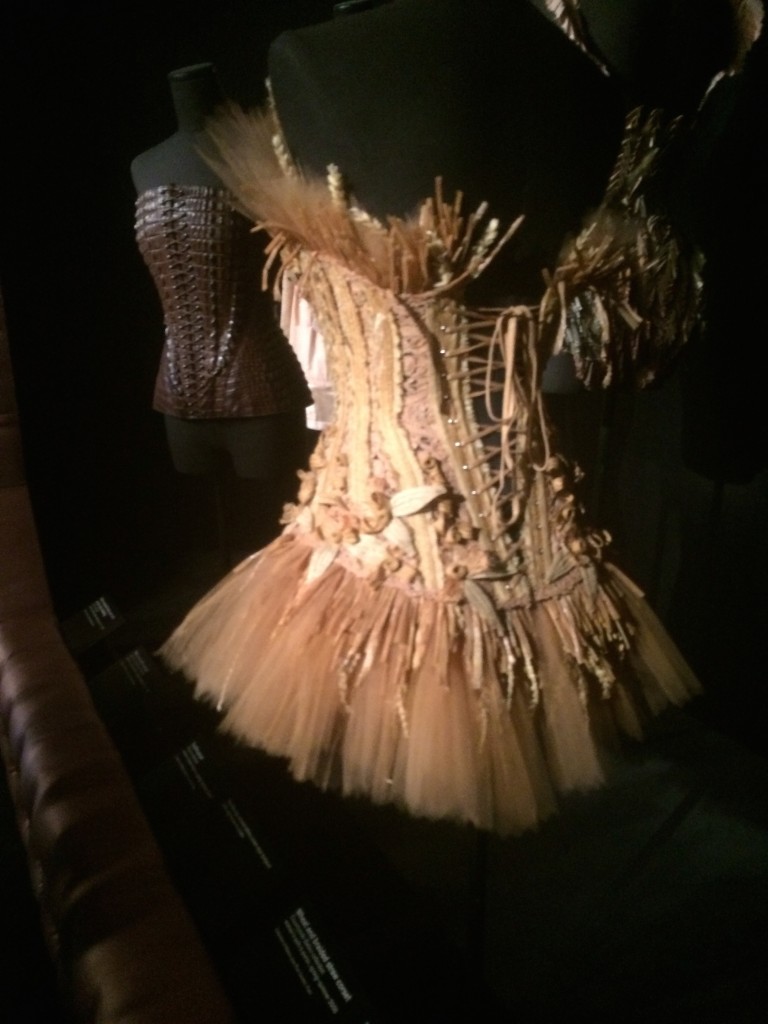 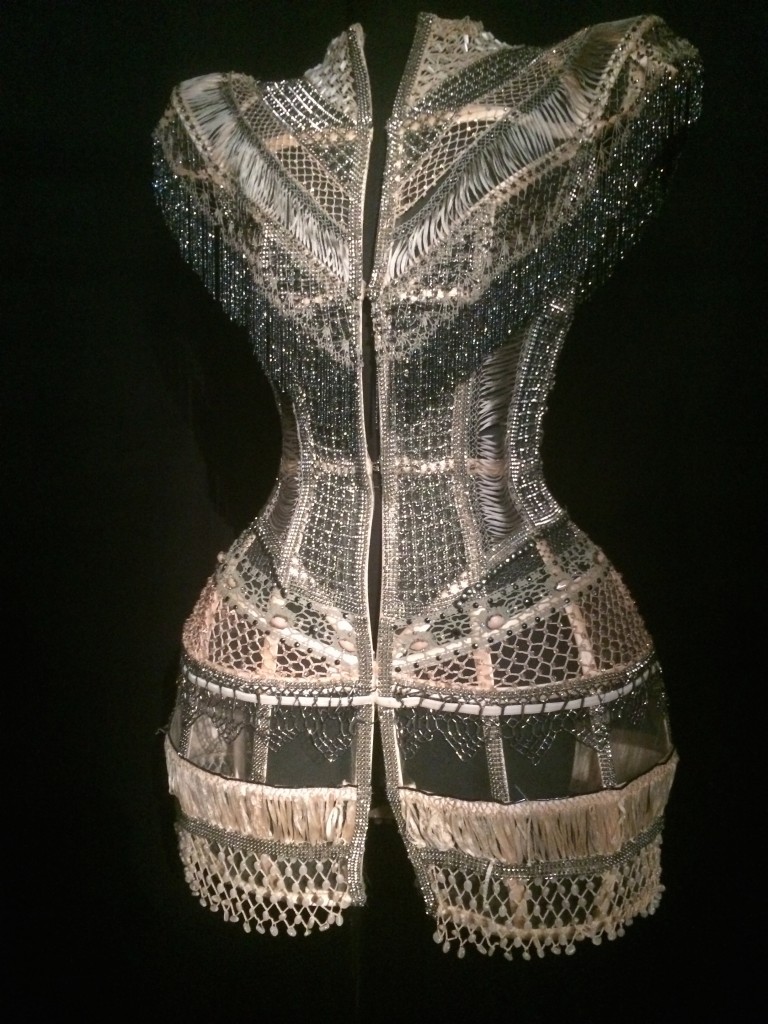 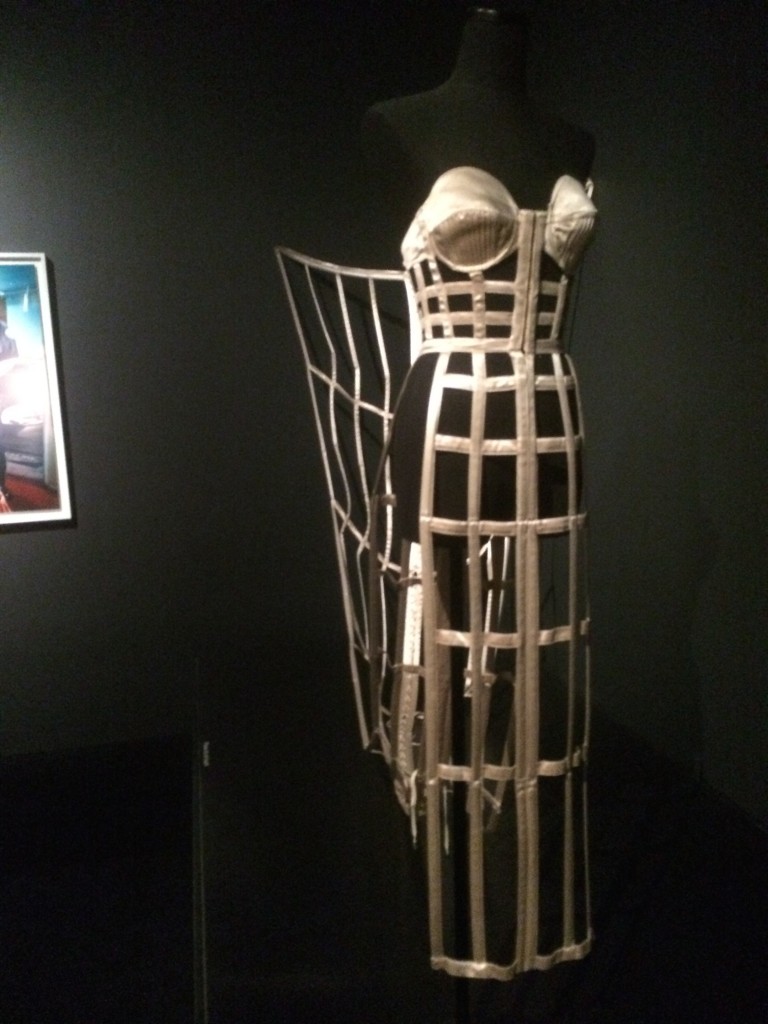 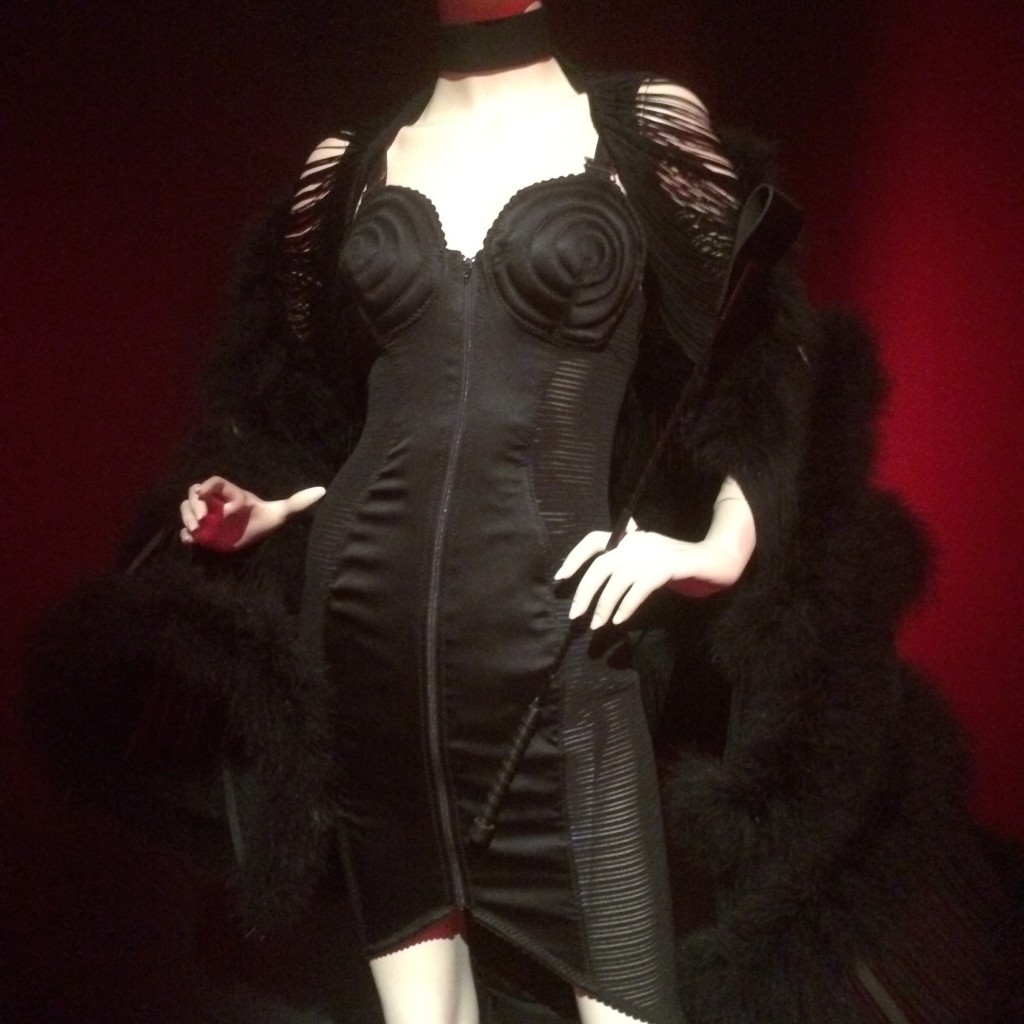 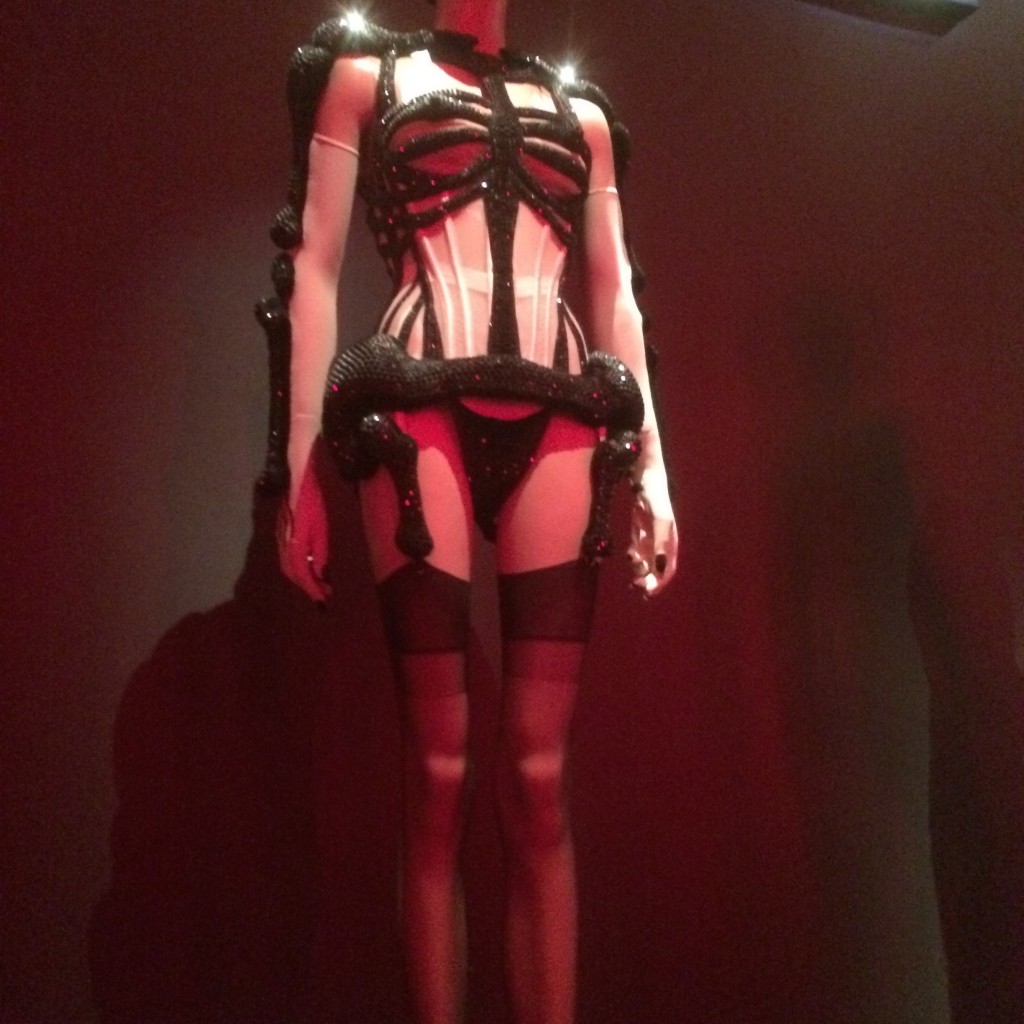 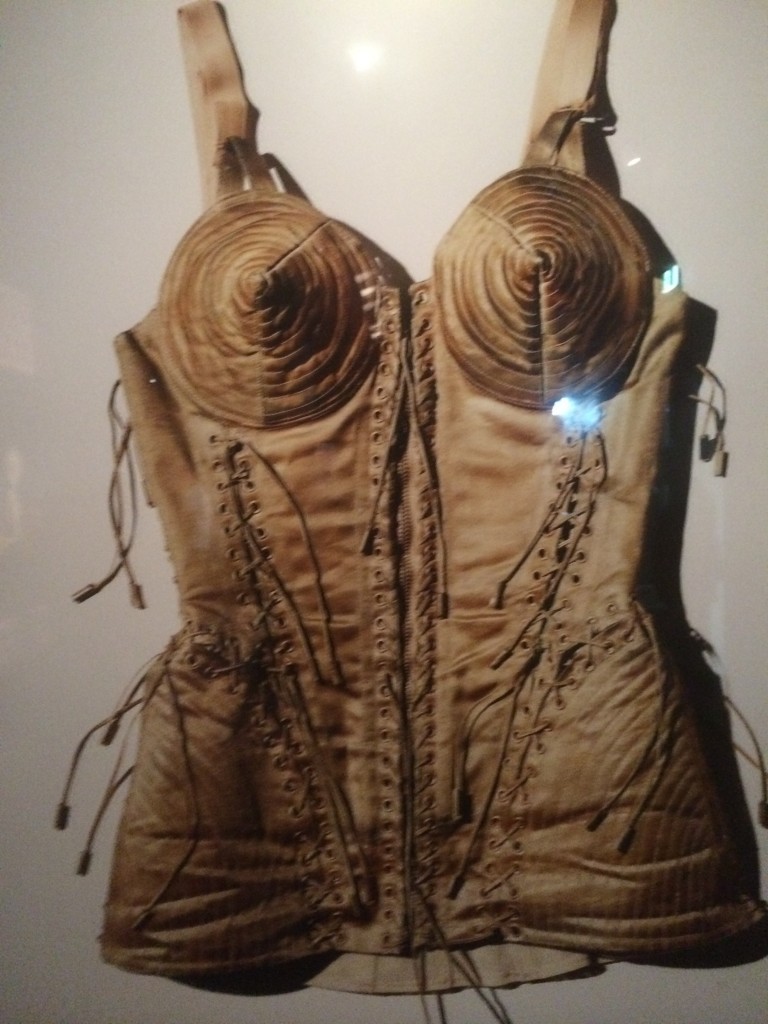